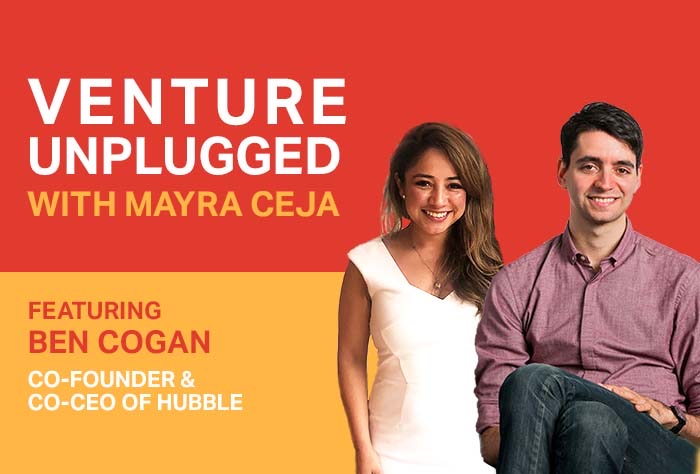 Podcast: Ben Cogan, Founder of Hubble | How he raised $70 million from Founders Fund, Greycroft, and Wildcat

Listen on iTunes or Spotify. Sign up for our newsletter.

Ben Cogan is the co-founder of Hubble Contacts. With Hubble, he turned his direct-to-consumer brand experience from his time at Harry’s with his management consulting experience into a multimillion-dollar business that is doing for the contact lens space what Warby Parker did for glasses.

From Harry’s to Hubble
Before Ben Cogan started Hubble, he worked at Harry’s, a shaving company founded by one of the Warby Parker co-founders. While there, Ben noticed the price of my contact lenses spiked in 2015. It was a similar story to what he kept hearing about from the Harry’s guys about why they started Harry’s and getting ripped off buying Gillette razors. Eventually it didn’t take too long to realize that the Harry’s business model could be applied to the contact lens space.

On the necessity of co-founders
Ben believes you absolutely need a co-founder. Without a co-founder, it is just so hard and emotionally difficult. If you don’t have someone there with you in the trenches, it’s impossible. Ben met Jesse Horwitz at an internship in college at Bridgewater, and they stayed friends.

Raising funding
Ben heard a lot of stories about founders going to a thousand VCs before getting funded, but that wasn’t their case. Some VCs immediately got what they were trying to do. Many of them had the same pain point themselves in the industry. It also helped that he had direct to consumer brand experience from Harry’s, and recognized that Ben and Jesse’s experience in finance and consulting was also helpful. In their first round, they raised three and a half million dollars.

A highly regulated space
Contact lens manufacturing is a highly regulated space. The FDA and the FTC both regulate contact lens production. In the summer of 2015, Ben spent dozens of hours in the FDA databases going through every single FDA approved contact lens manufacturer to figure out who had a great product, cold emailing them, trying to figure out a way to get in touch with them, and getting in touch with them through regulatory folks who helped them get FDA approval in the first place. By the time it came to raise funding, they’d done the research and knew what went into manufacturing those tiny plastic discs.

A small team
Hubble now only has 25 full-time employees. Relative to some other companies of their size, in terms of financial metrics, Hubble is much smaller. Hubble is actually a pretty simple business. They have one contact lens, a daily disposable spherical lens, that they sell in one way, which is monthly subscriptions. They are only direct to consumer, basically exclusively selling online, largely through Facebook and Instagram as their primary marketing channels. When you really simplify the business down to real one product, one distribution channel, one funnel, it becomes easier to do it with your small team.
Naming Hubble
Ben’s dad came up with the name Hubble. It was inspired by Ben’s girlfriend, who went to Princeton and is an astrophysicist. She worked with the Hubble space telescope, and they really liked the name because it connects to something aspirational like space. And it’s also a cool sound. Most importantly, it was not trademarked.

Listen on iTunes or Spotify. Sign up for our newsletter. 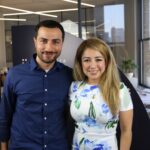 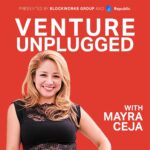